The Organization for Economic Cooperation and Development (OECD) forecasts that pork consumption in Vietnam will grow by 3.1 percent per year to around 3.4 million metric tons from 2022 to 2030, with the consumption of chilled meat increasing sharply thanks to the convenience and quality factors. 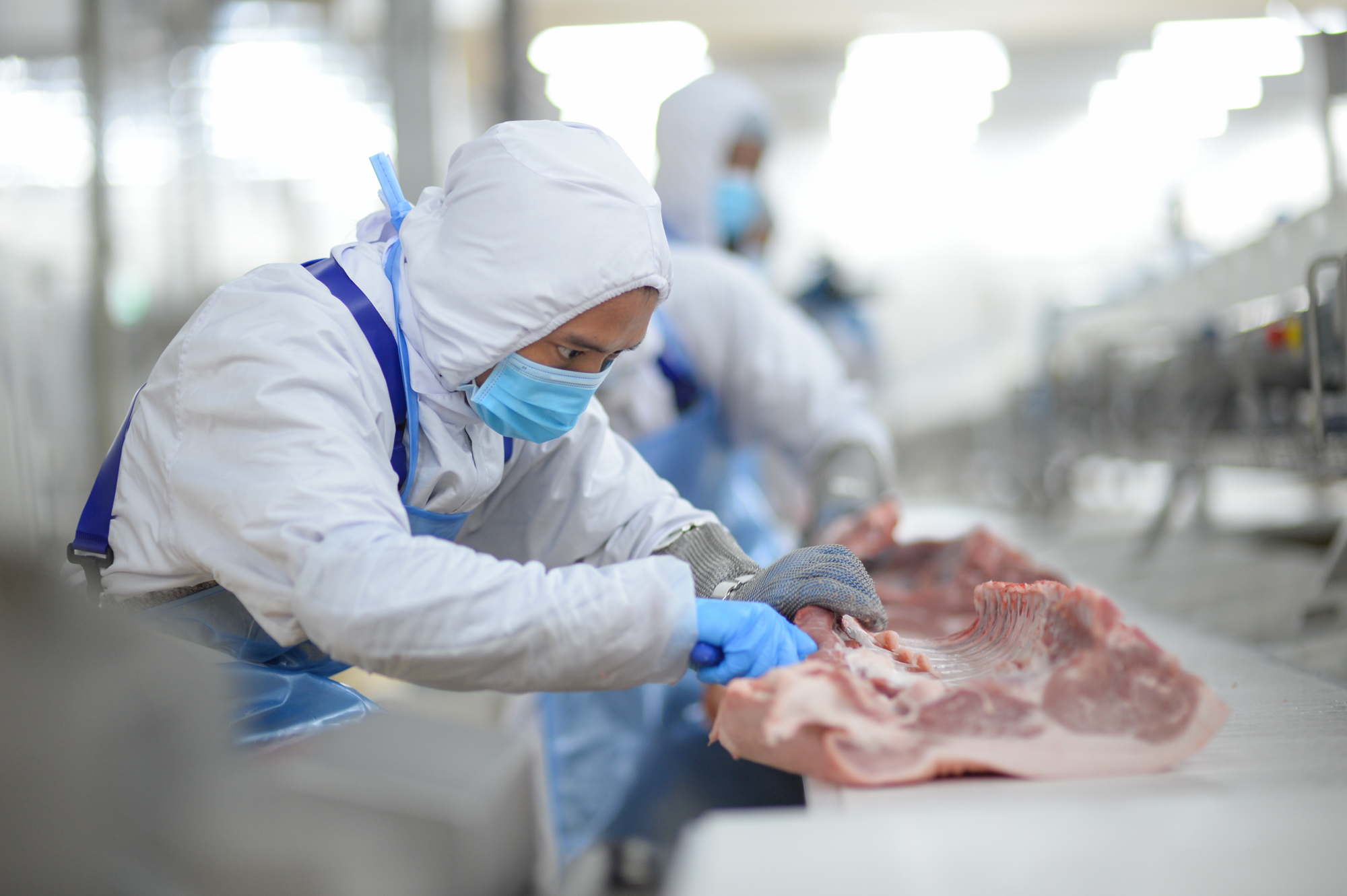 According to Euromonitor data cited by VNDirect Securities, the market value of all kinds of meat in Vietnam was about US$12.5 billion in 2021, of which pork accounted for 49.7 percent, poultry 23.4 percent, and beef 21.7 percent.

Many experts have predicted that the trend of higher meat consumption in Vietnam will be similar to that in China.

According to a report by DBS Vickers Hong Kong Securities Company, the proportion of chilled meat consumption in China quadrupled from 8 percent to 34 percent between 2008 and 2015.

This rapid growth reflected changes in Chinese people’s pork consumption trend — switching from warm meat, or meat slaughtered at room temperature and delivered immediately after slaughter, to chilled meat. By the end of 2015, although warm meat consumption in China still accounted for a large proportion (55 percent), it decreased significantly compared from 82 percent in 2008.

According to experts, the rising income of people and the strong development of modern retail channels in China are the driving forces of this consumption trend. When people’s income and living standards are improved, consumers tend to choose higher quality food with clear origins and convenience for shopping and processing.

According to experts in the field of meat supply, the common chilled meat production process in the world today is that the meat must be chilled immediately after slaughter. Particularly, the meat needs to be lowered to a threshold temperature from 0 to 4 degrees Celsius to inhibit the growth of most harmful bacteria and have enough time to transition to the biochemical ripening stage. 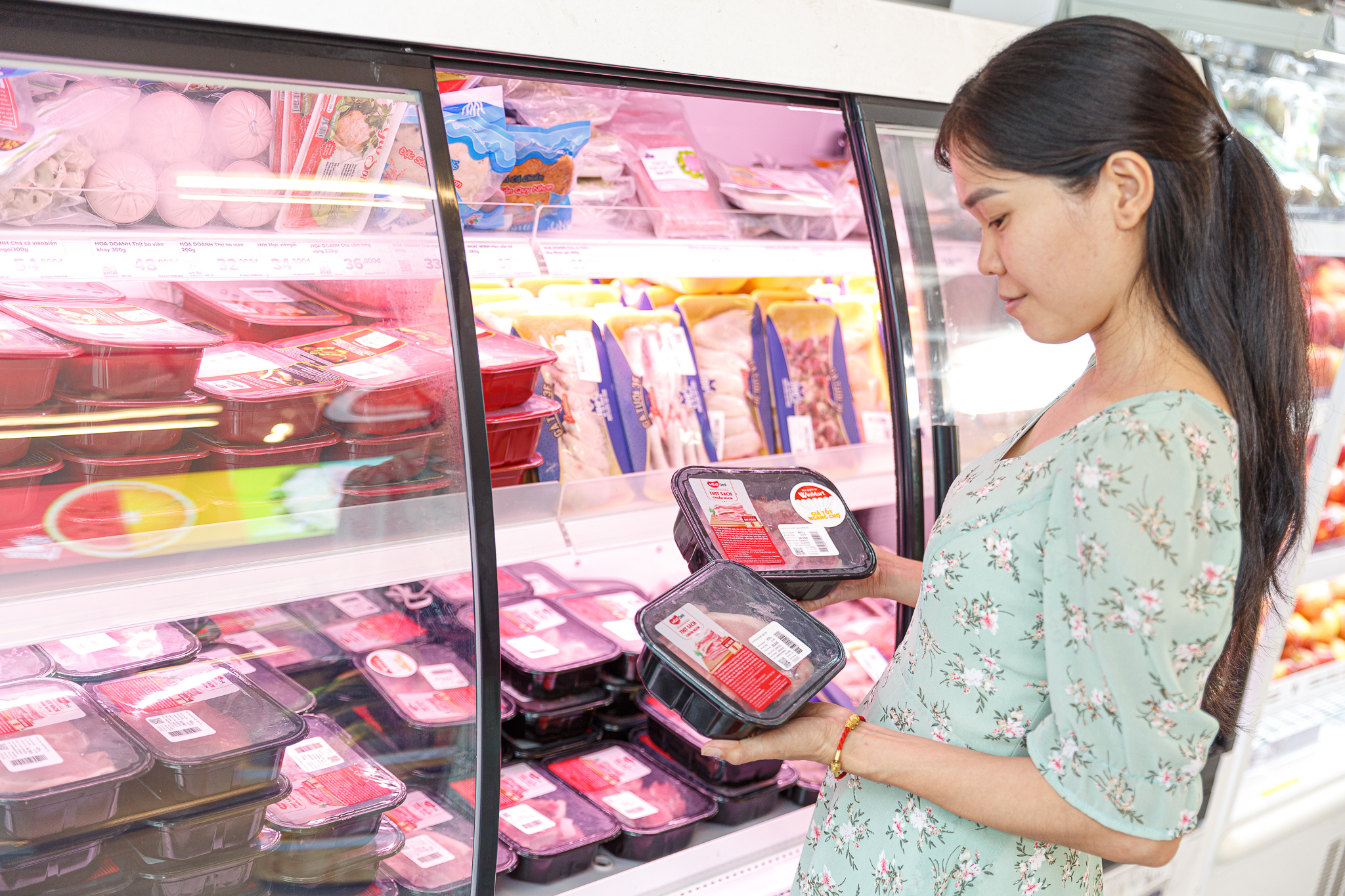 “With higher incomes, people’s living standards will improve, leading to an increase in consumption of branded, quality-assured, and convenient foods,” said a food expert in Ho Chi Minh City. “Therefore, chilled meat is forecasted to be increasingly favored by Vietnamese consumers.”

Many companies in Vietnam are engaged in the production of chilled meat after realizing its great potential, including Masan MEATLife (MML), which launched MEATDeli, a chilled meat brand, in 2018, developing a factory in Ha Nam Province. In 2020, MML expanded by opening the VND1.8-trillion ($72.4 million) MEATDeli Saigon complex.

MML mapped out a development plan to achieve a revenue of VND17.5 trillion ($704.2 million) by 2027, of which fresh meat will contribute nearly VND10 trillion ($402.4 million), equivalent to 20 percent of the market share of chilled meat in Vietnam in 2027. This is projected based on a 2012 chilled meat penetration rate of 14 percent in China.

The penetration rate of chilled meat in Vietnam is estimated to be around 12 percent by 2027, translated to a chilled meat market value of approximately VND51 trillion ($2.05 billion), according to MML.

According to experts, the success of WH Group, a Chinese supplier of chilled and processed meat with U.S.-famous brand Smithfield and Shuanghui in China, provides a good example for MML. In the past 10 years, the contribution of chilled meat and processed meat to Shuanghui’s total meat production in China has increased from 10 percent to 25 percent and 7 percent to 14 percent, respectively. 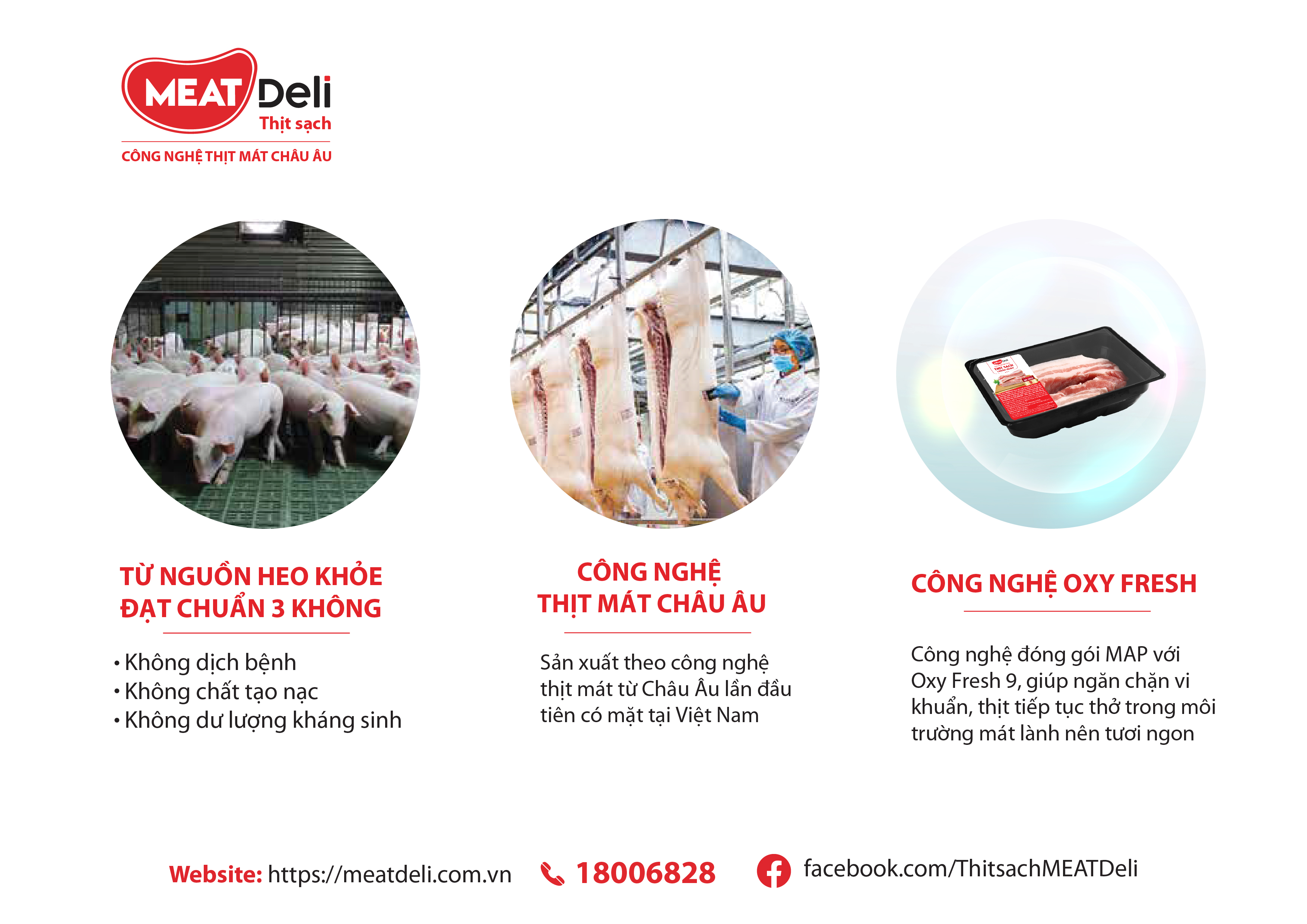 Masan MEATLife recently said it will focus on expanding its product portfolio from 2022 onwards, starting with the launch of processed pork and chicken products. Processed meat will be a key driver of growth, not only in revenue but also in operating profit margin.

At WIN stores in Hanoi and Ho Chi Minh City, MEATDeli has offered a discount of up to 20 percent for products in the essential product lines. In addition, this discount has also been applied to many MEATDeli products at WinMart supermarket chains and WinMart+ convenience stores. To increase consumer’s adoption and MML’s volumes for economy of scale, WIN’s membership discount was applied to MML’s meat products at 113 stores.

As a result, sales of MEATDeli increased by 35 percent during the pilot period, proving the synergy between MML and WCM retail chain. This initial success has encouraged the executive board to expand the program nationwide.