Masan Group Corporation has reported net revenues of VNĐ55.5 trillion (US$2.2 billion) in the first nine months of 2022, a year-on-year increase of 4.8 per cent.

Which factors to accelerate Masan Group share price?
Masan Group’s profits up 123% in 1H2022
Accelerating digital transformation, Masan aims for $4.33b revenues in 2022 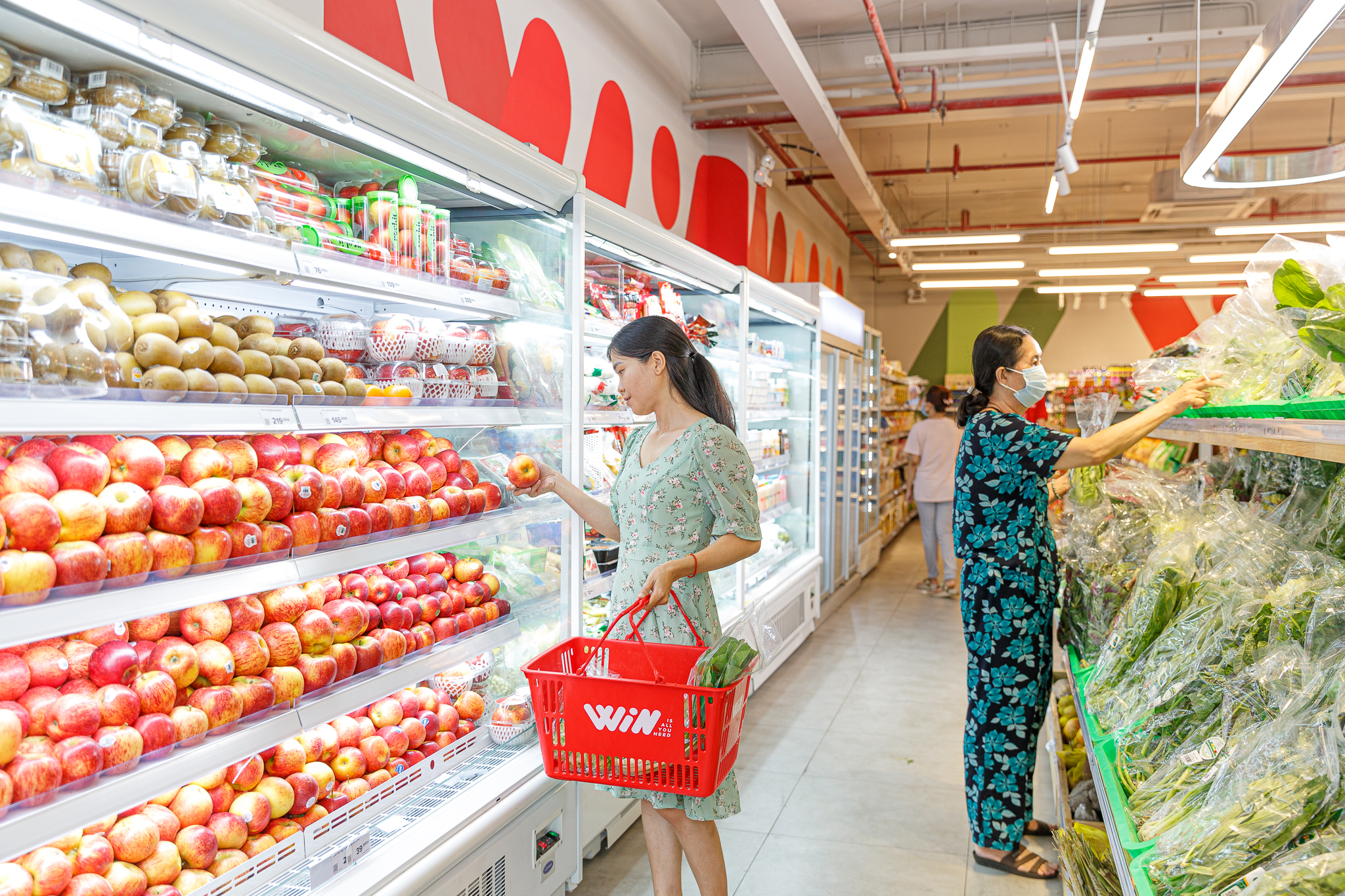 HCM CITY — Masan Group Corporation has reported net revenues of VNĐ55.5 trillion (US$2.2 billion) in the first nine months of 2022, a year-on-year increase of 4.8 per cent. Consolidated earnings before interest, taxes, depreciation, and amortisation (EBITDA) grew by 7.9 per cent to VNĐ10.8 trillion, with the EBITDA margin from 19.2 per cent to 19.5 per cent.

Its core NPAT (net profit after tax) post-minority interest was VNĐ2.1 trillion ($84.3 million), a year-on-year increase of 39.5 per cent.

Masan introduced its Point of Life retail concept with the launch of 30 WIN stores in the third quarter.

WIN stores increased sales by over 20 per cent per square metre from the earlier pure grocery model, providing managers the confidence to scale up the concept further to approximately 80-120 WIN stores by the end of 2022.

Masan successfully closed a $600 million syndicated loan at a competitive interest rate of 6.5 per cent per annum.

Based on its positive performance in the first nine months and momentum, Masan expects to deliver VNĐ75-80 trillion ($3-3.2 billion) in gross sales and VNĐ4.8-5.5 trillion ($192.5-220.6 million) in NPAT pre-MI. These results are the strong motivation for Masan share price keep strong growth

The upd ated estimates are lower than MSN’s fiscal year guidance at the beginning of the year since business has been impacted by weaker consumer sentiments and market conditions.

However, Masan delivered solid growth when normalised considering the high 2021 base, and its latest quarter showed strong growth momentum ahead with early signs of success for its strategic initiatives.

During the remainder of the year, WinCommerce will open over 300 new stores, continue to optimise its total commercial margin, product mix, promotions, and operating costs to protect profitability.

It will roll out 50-70 WIN stores and a membership programme to set a foundation for new growth engines and finalise a benefit scheme together with Trusting Social and Techcombank to roll out financial products at WIN and WinMart+ and launch 23 private-label SKUs with lower prices and higher TCM.

Masan Consumer Holdings (MCH) will focus its R&D efforts on a few key categories such as seasonings and convenience foods to generate big wins, continue building on the current momentum in beverage, coffee and beer, and increase its efforts to take advantage of the Tết holiday sales season.

Phúc Long Heritage (PLH) plans to open 30 flagship stores to generate revenues and grow profits, build operation systems and processes to se t the foundation for hyper-scaling in 2023, close down underperforming kiosks and focus on developing a winning model inside WIN stores to prepare for a further kiosk scale-up.

Masan MEATLife (MML) will continue to expand its distribution network outside of WCM, while Masan High-Tech Materials (MHT) will focus on cost and cash flow optimization and integration with Nyobolt and continue exploring international and domestic options to sell copper. At the same time, Masan share price is expected with higher potential growth thanks to the expansion of profitable retail network.

Nguyễn Đăng Quang, Chairman of Masan Group, said: “Never doubt vision, even in the most challenging times – at Masan we double down during these times. Our modern grocery stores now account for 50 per cent of the nationwide network and we are constantly innovating to give consumers what they want.

“We have delivered on our Point of Life innovation with 30 WIN stores rolled out in the third quarter and we are confident that the WIN concept is a winning, scalable model.

“Next we will launch a retail concept catering to rural consumers and unveil our membership programme with the end goal of personalising daily offerings for 100 million consumers.

“With our scale and innovations, I believe our growth trajectory is just in its early phase.” — VNS